The Prep Hangout is unlocked at the beginning of the game and can be found in the Hangouts section of the store. It is one of the nine hangouts that are unlocked with a base character type. In this case, the prep is one of the classmates you unlock when starting the game.

Long description: Refinement, elegance, soy lattes... these are a few words that describe the cultivated grandeur of the Prep Hangout. This hangout will appeal to Classmates who expect only the finest things in life... like fancy cars and ponies!

The Prep Hangout can be bought from the Store for 500 coins and takes ? hours to build. Its capacity is three students and holds a maximum of 1,000 coins.

At Level 7 the Prep Hangout can be upgraded for 20,000 coins and takes 10 hours to complete. It now holds five students and has a maximum of 2,500 coins.

The classmate types that can be placed in the Prep Hangout are as follows: 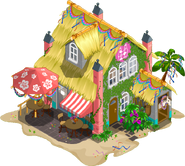 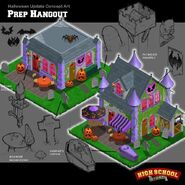